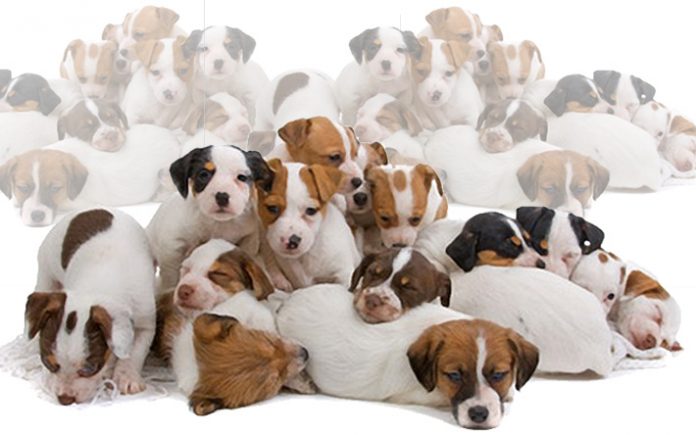 Friday was World Spay Day and we’ve been doing a lot of thinking about this statistic: one unspayed female dog and her unspayed offspring in theory can produce 67,000 dogs in just six years.

There are those who say that statistic is a hoax to scare people into unnecessary spaying and neutering. These people say that if that equation were true dogs would rapidly exceed the number of estimated dogs on the planet.

It’s true that it is statistic, a projection based on assumptions that may or may not happen. Not all dogs have average numbers of puppies in a litter. Not all dogs survive to have six full years of reproduction. Not all puppies survive.

But it is a fact — not an assumption or projection — that 31,273 dogs were euthanized in Los Angeles City shelters between July 1, 2010 and Jan. 31, 2015. The main reason: there are simply too many homeless dogs to be cared for in city shelters.

The Watauga Humane Society in Boone, North Carolina, estimates that if every animal born in the United States were to have a home, “each and every human being would need to own six dogs and nine cats.

He says that sex hormones are needed for a young animal to mature in a healthy balanced way. He also cites a study done at the University of California, Davis, School of Veterinary Medicine on 759 golden retrievers shows that neutering — but especially early neutering (done before the dog is one-year-old) — was associated with increases in two joint disorders (hip dysplasia and cranial cruciate ligament tears) and three cancers ( lyposarcoma, hemangiosarcoma and mast cell tumors).

Dr. Falconer also admits that supervising a dog in heat or responding to the lusts of a male dog in range of a female dog in heat is a challenge for the entire family.

When to neuter or spay a dog is an issue only if you find an intact stray, get a dog from a breeder or do a private adoption. If this is your situation, recognize that spaying and neutering aren’t as black and white as was once thought. It’s a discussion that needs some research, a consultation with a veterinarian and consideration of whether you and your family can be unbeatable chaperones.

After learning what life on a street is like for a homeless dog and understanding how likely it is that a dog in a shelter will be put done, it’s hard to image why anyone would fight against spaying or neutering a dog.