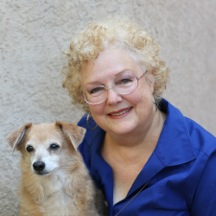 A small, frightened dog with floppy puppy ears stole Jeannette’s heart at the Amanda Foundation one July afternoon in 2004.

“Life has never been the same since,” she says with a smile. “Back then, I was as nervous as Joey trying to figure out how to care for him, places we could go together, finding a trainer, getting a license and meeting up with other dog people.”

By contrast, Mary grew up on a 300-acre farm in Tennessee with animals ranging from horses, cattle and sheep to dogs and cats to chickens and peacocks. Her family showed horses throughout the Southeast, and she got to come along (being schooled on the road by her mother).

“My father’s favorite breed was the Manchester terrier,” Mary recalls. “They were easy to train and had short coats so they stayed clean on the farm. We also raised champion beagles that won many awards at field trials throughout the South. 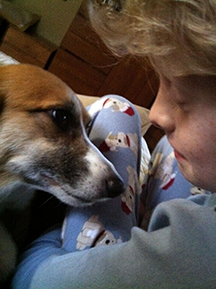 “When I had children, I wanted them to grow up with pets around. We got a Pembroke Welsh Corgi in 1970. I’ve had a Corgi in my family ever since. I have three Corgis now – Cinnamon, Daisy and Roxy, whom I rescued from the Middle Tennessee Corgi Rescue a year ago.”

Mary and Jeannette met professionally in Los Angeles while doing a newsletter.

The founder and chief executive officer of Gallant DesignWorks, Mary has been creating websites since 1995. Before moving to beautiful East Tennessee, she lived in Los Angeles.  In LA, she founded an advertising agency (Communication Ink), published the South Bay Magazine and was art director for the national magazine, Baseball Today. Winner of Addy Awards for her website design and PRSA awards for brochure and logo design, her client list includes Regal Entertainment Group, Singer Sewing Company, DENSO Manufacturing Tennessee, Ijams Nature Center, The Christmas Place, Siemens Nokia and many more. You can reach her at mary@gallantdesignworks.com

Trained as a journalist, Jeannette brings more than 20 years experience in public relations, marketing and web content development to her consulting firm Hartman Ink. She has done work for companies such as Blue Cross of California (now known as WellPoint), the Los Angeles Times, the Jewish Community Foundation, WISE & Healthy Aging and Cedars-Sinai Medical Center. In addition, she has won a number of PRSA awards for annual reports and brochures. You can reach her at Jeannette.Hartman@gmail.com.

Mary and Jeannette have pooled their creativity and expertise in design, website development, content management and marketing to create FidoUniverse.com to help other dogs and their people make the most of life together in Los Angeles.

You can also reach either Mary or Jeannette at info@fidoconfidential.com.