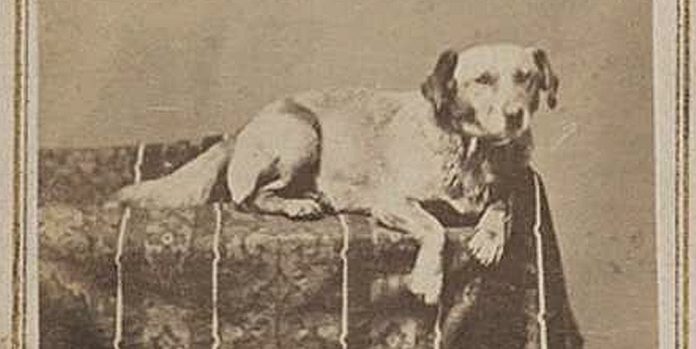 As the nation pays homage to Presidents George Washington and Abraham Lincoln this Presidents Day, we’d like to salute their dogs.

Life as our national leader can be rugged. As Harry Truman, our 33rd president, once said, “If you want a friend in Washington, get a dog.”

How can you not feel affection for the Father of our country, George Washington, knowing he named one of his hounds “Sweetlips”?

And it’s comforting to think that as Lincoln, our 16thth president, wandered the White House late at night pondering freedom and slavery, victory and surrender, he may have been followed by his dog Jip.

Not only was Washington the father of our country, he was (in a manner of speaking) the father of a breed of dogs: the American fox hound.

He had a life-long association with dogs and loved fox-hunting. At home in Virginia, he would ride out to hunt with his dogs at least once a week and sometimes more. As a farmer and educated man, it was natural for him to start breeding his dogs to get finer and finer hunting dogs. Eventually he created a breed of foxhounds he called Virginia hounds.

As a member of the Continental Congress representing Virginia, Washington was required to spend time in Philadelphia. He brought Sweetlips with him but was frustrated by the lack of hunting opportunities.

One day, Elizabeth Powel, wife of Philadelphia’s mayor, chanced upon Washington and his dog on the street. As she described man and dog, “His movements and gestures are graceful, his walk majestic and he was walking with a tall, exceedingly graceful dog of the hound type as he strode down Walnut Street.”

She praised the dog and Washington proudly said that it was a “perfect foxhound” that he had bred himself. Mrs. Powel called her husband’s attention to Washington.

The well-connected Samuel Powel arranged for Washington to ride with the hounds at the Gloucester Hunting Club across the river in New Jersey. Many of Powel’s political and financial associates were also members of the club. Washington impressed them with his horsemanship, his superior dogs, his intelligence, organization and commanding presence. Washington even made gifts of some of his much-admired Virginia hounds.

This earned him powerful supporters to push for his appointment as the commander of the Continental Army.

After the Revolutionary War and his return to Mount Vernon, Washington began dog breeding again. He decided his Virginia hounds were too easily distracted and not strong enough for sustained hunts. He dreamed of a hunting dog with speed, scenting ability and brains.

During the war, he met, befriended and talked hounds and hunting with the French general, the Marquis de La Fayette. La Fayette told Washington about the French royal staghounds: focused hunters with stamina.

When he was ready to create his dream hunting dog, he turned to La Fayette to see if he could get some of these dogs. Eventually, La Fayette was able to located seven staghounds to send to Washington.

What’s a dog between generals?

Perhaps no story better illustrates the kind of man and dog-lover Washington was than this story from the Battle of Germantown.

On Oct. 4, 1777, Washington lost a battle against the British Army, led by General Sir William Howe, at Germantown, Penn. This put Philadelphia, the capital of the self-proclaimed United States, in British hands throughout the winter of 1777-78.

Two days later, a little terrier was spot wandering between American and British lines. Captured by an American soldier, the dog was found to have a collar that identified him as belonging to General Howe. The dog was brought to Washington.

His officers suggested keeping the dog as a trophy to weaken the morale of General Howe. Washington instead took the dog to his tent, fed him and had him brushed and cleaned.

Then, to everyone’s surprise, he ordered a cease-fire. Soldiers on both sides watched as an aide, carrying the dog and a flag of truce, returned the terrier to Howe the following note:

“General Washington’s compliments to General Howe. He does himself the pleasure to return him a Dog, which accidentally fell into his hands, and by the inscription on the Collar appears to belong to General Howe.”

A draft of the note, in the handwriting of Washington’s aide-de-camp Alexander Hamilton, is in the Washington Papers at the Library of Congress.

Before being elected president in 1860, Lincoln and his family had a beloved dog named Fido.

A medium-sized yellow “frontier” dog that looked something like a golden Labrador retriever, Fido often trotted along with Lincoln as he walked the streets of Springfield, Ill.. Sometimes Fido carried Lincoln’s newspaper in his mouth and waited outside the barbershop when Lincoln had a trim.

Perhaps it was Fido who inspired this Lincoln quote: “How many legs does a dog have if you call the tail a leg? Four. Calling a tail a leg doesn’t make it a leg.”

Fido didn’t go with the family to Washington after Lincoln became president in 1860. He was gun shy. With the ringing of church bells and firing of cannons in the communities that Lincoln’s train would pass through on his way to the capitol, it was decided that Fido would be better off staying with John Roll, who had two sons about the same age as Tad and Willie Lincoln.

Before the family left for Washington, Lincoln and his sons took Fido to a portrait studio to have a photograph made. Thus, Fido became the first president’s dog to be photographed.

The Lincolns asked that Fido be allowed in the house and join the Roll family at meal times. (The Lincolns had shared table scraps with Fido.) Fido’s favorite horsehair sofa was left behind for his comfort. It was understood that the arrangement was temporary and that Fido would be returned to the First Family as soon as they came back to Springfield.

Once settled in at the White House, the Lincolns got a second dog named Jip. One of Lincoln’s friends described Jip to his son as “a very cunning little fellow” and a “very beautiful little dog” who “barks and stands up straight on his hind feet and holds his fore feet up.” 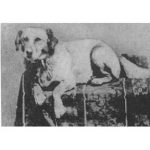 A month after Lincoln’s assassination on April 14, 1865, his casket and that of his late son Willie arrived in Springfield. The Roll family brought Fido to the Lincoln home to pay his respects. Fido’s photograph was copied and turned into a calling card popular with souvenir hounds.

Within a year of Lincoln’s death, Fido was killed. As John Roll described it, “We possessed the dog for a number of years when one day the dog, in a playful manner, put his dirty paws upon a drunken man sitting on the street curbing [who] in his drunken rage, thrust a knife into the body of poor old Fido. He was buried by loving hands. So Fido, just a poor yellow dog, met the fate of his illustrious master – assassination.”