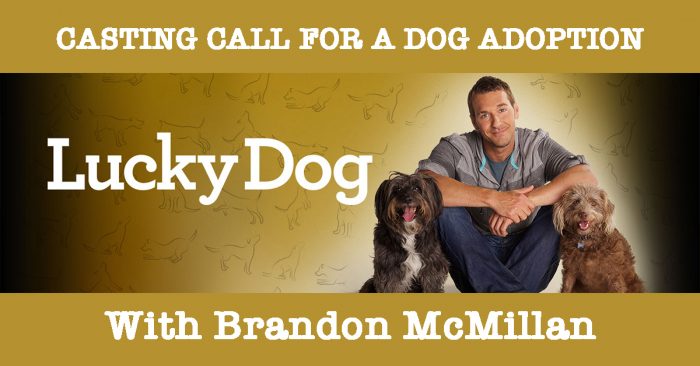 The Emmy award-winning TV-series, “Lucky Dog with Brandon McMillan,” is searching for families in the Los Angeles area who want to adopt a dog and be featured on TV.

McMillan will select dogs from local shelters and then train them before placing them in your home.

Applying is simple: Just send an email to barlowcasting@aol.com with your name, phone number, email address and city. In your email, provide photos and answer the following questions:

Be sure your photos show the whole family, your home and your yard if you have one. The show is looking for dynamic and engaging people who want to save a dog’s life and give it a good home.

McMillan’s father and uncle were exotic animal trainers in the entertainment industry.  McMillan moved to Los Angeles when he was 18 to work with his uncle’s animal training company, Hollywood Animals. In 2010, he opened a dog boarding and training facility outside of Los Angeles.  He began working with service and therapy dogs.  But he has also worked as a dog trainer for celebrities including TV host Ellen Degeneres; actors Andy Cohen, Don Cheadle, Kate Hudson and James Caan; Playboy founder Hugh Hefner; and chef Wolfgang Puck.

In 2009, he hosted the Animal Planet series “NIGHT,” in which he traveled the world to present the nocturnal behavior of some of the world’s most dangerous animals.

In the winter of 2012, CBS Daytime had end their Saturday morning cartoon lineup and were looking for programming that covered a wider range of ages. On behalf of CBS, Litton Entertainment began meeting with dog trainers and discovered McMillan. They liked his methods and approach, which included rescuing dogs considered untrainable and unadoptable from city shelters and rehabilitating and training them so they could find forever homes.

“Lucky Dog” premiered in the fall of 2013 and was an instant success. McMillan won the Daytime Emmy Award in 2015 for best host for a lifestyle series. The show won additional Daytime Emmy Awards in 2016 and 2018.

You can catch “Lucky Dog with Brandon McMillan” on KCBS at 7 a.m. on Saturdays. 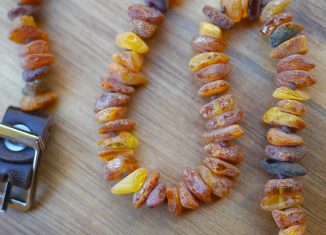 Jun 23, 2017
0 7347
Spike looks debonair wearing his amber flea collar.  We got it at Healing TouchVets in Sherman Oaks. His vet there, Audra MacCorkle, DVM, wears...