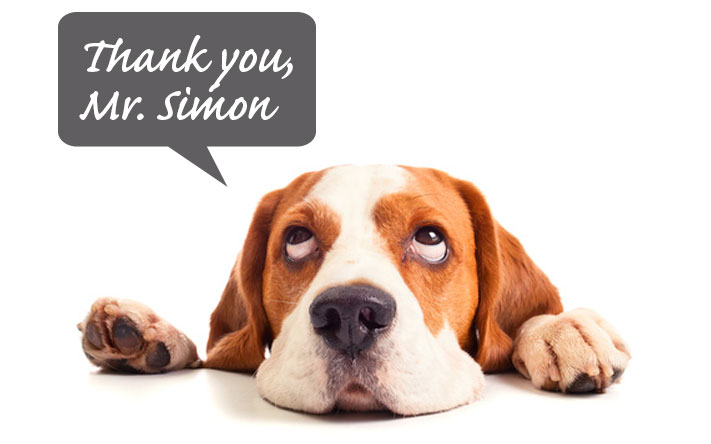 Uncounted dogs in Los Angeles owe their lives to the Sam Simon and the rescue foundation he created — including my Joey.

Mr. Simon, who earned “tens of millions” of dollars every year from his association with the longest running series in television history, “The Simpsons,” died Sunday of colon cancer.

The fortune he continued to receive from royalties after he left the show in 1993 was invested in his passions: rescuing animals from abuse, training dogs to help people with disabilities or post-traumatic stress disorder, protecting whales from being hunted and providing vegan meals to hungry families.

The Sam Simon Foundation, created in 2002, takes dogs about to be put to death, brings them to a 16-acre Malibu sanctuary and retrains them to be service dogs, especially for people who are deaf or are suffering from PTSD after serving in combat in Iraq and Afghanistan. The foundation also operates a a free mobile animal hospital that spays and neuters dogs and does free operations for sick dogs whose owners would not otherwise be able to afford the procedures.

Although only 20 percent of the dogs who enter the training program successfully become service dogs, the ones who don’t are put up for adoption.

That was the case with Joey, a shy 14-pound terrier mix who was headed for being put down, when Terry Austen, head of the Amanda Foundation, found him in a city animal shelter. Although he should have been a highly adoptable dog, he was so upset by being in the shelter that he turned away from and refused to interact with those who potentially could have adopted him. Austen, who was working with the Sam Simon Foundation to find trainable dogs, recognized that and brought him to the foundation. Although he never became a service dog, he has been an adored member of my family for 11 years.

In an interview, Mr. Simon said, “Any show I’ve ever worked on, it turns me into a monster. I go crazy. I hate myself.” But he described his work rescuing animals as a pleasure that provided visible results.

Winner of nine Emmys, championship poker player, manager of heavyweight boxer Lamon Brewster and a collector of art that will be auctioned off to fund the foundation, Mr. Simon was a man of many talents and interests. Some criticized him saying that rescuing a dog from an L.A. shelter doesn’t lead to a city with no-kill shelters, nor does rescuing an elephant or bear stop the abuse for other elephants or bears.

On the other hand, the funding for the Sam Simon Foundation was strictly his own. No public donations were accepted. He could have spent his millions other ways from luxe living to investing his millions to make billions or trillions.

For Joey, and the many, many other animals that Mr. Simon saved, his generosity meant another chance at life — in a loving home safe from abuse.

You were a great man, Mr. Simon.  We won’t forget you.