Home Adoption Statistics Grab your dog's leash and get moving — it's National Walk Your... 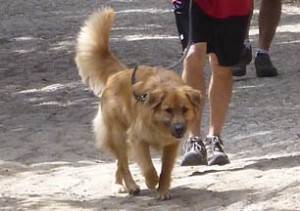 Who needs a health club when you have a dog?

The Veterinary Public Health Program (VPH) of the Los Angeles County Department of Public Health believes that a leash may be the best tool to whip our two epidemics — overweight people and overweight pets — into shape. They have launched the 2020 Healthy Pets, Healthy Families Initiative to develop ways to improve both animal and human health, monitor local animal health trends and set long-term goals for animal health.

Two surveys for the public

A coalition of physicians, vets and animal-related organizations

A group of physicians, veterinarians and others involved with animals called together by the VPH are working on programs related to the following focus areas where human and animal health intersect:

Some of these areas require only once-in-a-lifetime action (spaying and neutering) others action every couple of years (vaccinations) and still others require sound habits (walking and bite prevention).  All of them lead to better health for you and your pet.

Making sure to take the two short surveys will get valuable information about you and your pet on the record for improvements in programs and parks in Los Angeles.

5 Questions to Ask Before Take Your Dog to Work Day 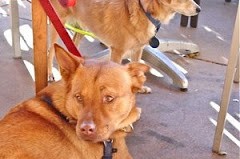