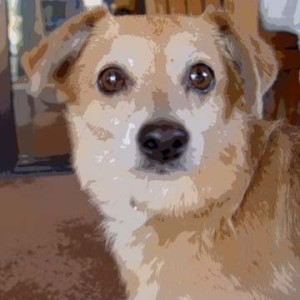 Sooner or later we all face the death of a dog. Former U.S. Poet Laureate (2001-03) Billy Collins both loves dogs and has the skill to express that love. The New York Times called him “the most popular poet in America.” (Dec. 1, 1999).  He currently teaches in the master of fine arts program at Stony Brook Southampton.

If you enjoyed this poem, check out “Dharma.”

A Dog on His Master

As young as I look,
I am growing older faster than he,
seven to one
is the ratio they tend to say.

Whatever the number,
I will pass him one day
and take the lead
the way I do on our walks in the woods.

And if this ever manages
to cross his mind,
it would be the sweetest
shadow I have ever cast on snow or grass.

Cherish Those Favorite Moments with Your Dog