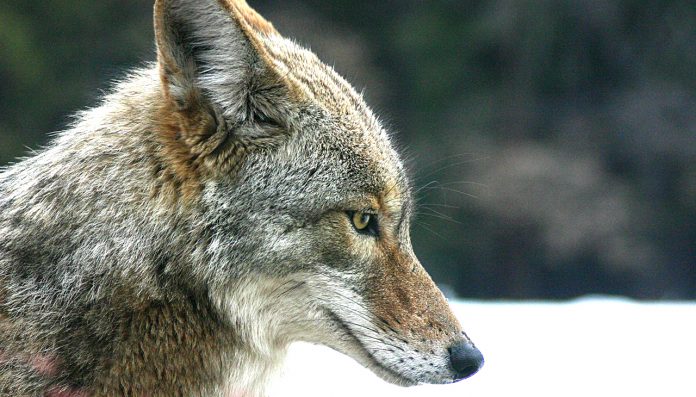 “It was horrible, especially the way it happened,” said Rianne, her sad brown eyes staring into the distance.

Weeks earlier, her small terrier mix had been let out of the house by her roommate and had gone missing. A janitor at a nearby elementary school found the little dog’s mauled body. Another pet fallen prey to a coyote.

The heat, the drought and the loss of wilderness are forcing coyotes closer to urban areas and suburban backyards for food and water. We’re giving tips for how you can protect yourself or your dog if you see a coyote while out walking.

Coyotes, which can weigh up to 40 pounds, feed on rodents, small mammals and insects.  They will scavenge for fruit, vegetable material and edible trash. Drawn to a back yard by fallen fruit, an open garbage can, a compost pile or water in a pet’s bowl, a coyote doesn’t have to do much thinking to prey on the pet as well.

Although the Los Angeles Animal Services doesn’t keep track of coyote sitings or attacks on pets, some autonomous cities, such as Torrance, do. There, during the first half of 2016, officials reported nearly 150 coyote sightings and an estimated 60 animals deaths due to coyotes, including 37 cats and seven dogs.

Coyotes make 11 distinct sounds and often sound like many more are present than actually are.

While it’s easy to see only the worst about coyotes, they play an important role in the balance of nature by eating rodents and small predatory mammals. They remove carrion in their territories. They also scatter plants seeds in their scat; in fact, saguaro cactus, once endangered, is now starting to make a comeback thanks to coyotes.

Tips for protecting your pets from coyotes

So you’re out with your dog at dusk and see a lone coyote trotting down the street, what should you do?  Here are some tips:

If you do see a coyote:

If you have property, you can discourage coyote visits by:

Some types of fences can keep coyotes off your property, but they must be at least six-feet tall and planted 12 to 18 inches below ground in a rock-lined trench. Additionally, the top needs to be bent at a 45-degree angle to prevent a coyote from climbing or jumping over it. Some coyote-proof fences use a roller to keep the coyote from getting a foot hold.